Saneen Javali is an engineer whose worked with IBM. He left the tech and business world to get into the garment trade. He made this change because he decided he wanted to fix gaps that exist in the clothing industry. One of his pet peeves was the lack of a utilitarian travel jacket. This led to the creation of Versatyl, a travel jacket with 18 pockets & 29 features. The Jacket has a unique design that allows it to fold into itself and becomes a Satchel.

Saneen saw crowdfunding as a unique opportunity as it kept his costs at a minimum, cut out the middle man & in the process helped keep the price point of the jacket low – making it affordable.

The Versatyl travel jacket has certainly taken the world by storm. The campaign hit its goal in just 8 days! By the time the campaign ended, this revolutionary jacket had over a 1000 pre-orders and had raised over 1.8M INR. Having reached 378% of the initial goal of the campaign, Saneen and the Versatyl have decided to carry on with crowdfunding for a second time.

The second campaign has also exceeded its goal. It has seen a significant interest from foreign markets as well. 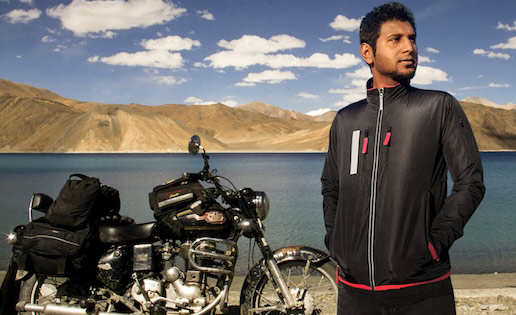 Crowdfunding is fast becoming the “go-to-market” solution for new and young innovators in India. The appeal of getting their innovations to the market, the ability to interact directly with their customers and the low overhead costs are making this an attractive option for them.

Have a look at the Versatyl travel jacket!

It’s a simple concept that leverages the power of good. People like you come to a platform that showcases great ideas, innovations and charities. You then fund them with amounts from as low as 100 INR to 5L INR or even higher. The platform on which this happens is called a crowdfunding platform.

You can fund ideas (want to launch a electric bike, write a book, create a movie, fund a new product), causes (want to run a marathon to raise money for a cause you believe in), charities (fund an NGO/charitable institution/non - profit), events (fund a music event, art show, marathon, concert) & recoveries (help people impacted by a flood, earthquake, cyclone etc)